Rinnai, a home appliances manufacturer based in Japan, recently publicized plans to build its first-ever facility on U.S. soil in Griffin, Georgia, according to CBS affiliate station WRDW-TV.

Gov. Nathan Deal, announcing the proposed plant’s construction, spoke highly of the benefits that Rinnai’s new venture could bring to the local economy.

“Georgia is the gateway to the southeastern market and beyond, and I am confident our skilled workforce and extensive manufacturing capabilities will support Rinnai in future growth,” Deal said, per WRDW’s reporting. “We look forward to strengthening this partnership with Rinnai as the company continues to invest in our state.”

Rinnai projected that the finished plant could add 300 new jobs to the area within the next 10 years. Through the facility’s completion alone, Deal claimed that $69 million in state revenue and 150 jobs would be created.

The manufacturing sector as a whole has seen notable recent gains, according to Industrial Distribution.

Citing July’s Employment Situation report released by the Bureau of Labor Statistics Aug. 4, the source noted that 16,000 manufacturing jobs were added last month, constituting a major recovery from only 1,000 new jobs gained in June and 1,000 positions lost during May. Durable goods manufacturing accounted for much of this growth, making up 13,000 of the new jobs. 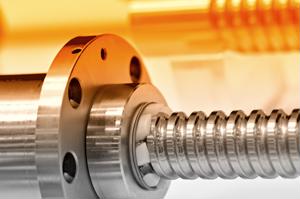