Behold the power of bacon. Its singular deliciousness can be summed up in five words: It makes everything taste better. Whether as the ideal accompaniment to scrambled, poached or fried eggs, or as the principal ingredient in BLT sandwiches, devourers of this all-important pork product are hard-pressed to eat just one slice.

It's this massive popularity that has more businesses owners - in both the food industry and elsewhere - using its distinguishing flavor profile in a greater number of consumer products. In so doing, the cured meat is creating more job opportunities around the country.

Perhaps the most obvious sector in which bacon has exploded in popularity is restaurants, fast-food in particular. Indeed, according to Datassential, bacon was found in over 68% of menu items in 2018, CNBC reported. Up by 5% during the previous decade, the trend is expected to continue for the foreseeable future, slated to be found in a larger percentage of restaurant dishes come 2022.

Virtually every time bacon is listed as a featured ingredient, such as Wendy's Baconator or McDonald's Bacon Smokehouse Burger, those items have proven to be successful with a lion's share of the consumer public.

Darren Seifer, a food and beverage analyst for The NPD Group, told CNBC that the cured meat has a way of complementing a host of flavors without being too overpowering, and chalks this up to why it tends to perform well in the eyes - and stomachs - of consumers.

"It does seem like bacon is a way to change up the flavors," Seifer explained.

While some eateries - fast food or otherwise - will offer certain bacon-accented dishes for a limited time, which helps stimulate demand, others make the breakfast, lunch or dinner items permanent additions to their offerings. This has created a bit of a domino effect in terms of employment in multiple industries and subsectors, including agriculture, packaging, manufacturing as well as plastics, just to name a few.

Food scientists have work cut out for them
Food science has also received a shot in the arm thanks to the bacon domination. Although the meat is ideally used in its natural form, it's not always possible to extract the flavors from the cured meat itself. As such, food scientists are charged with putting together the right blend of ingredients - in the proper proportions - in order to mimic bacon's distinctive piquancy. You can even find bacon-flavored lip balm, produced by multiple companies and available at major brick-and-mortar and e-commerce retailers.

Rocco Loosbrock, CEO of the website Bacon Freak, has turned it into a career, selling all things bacon made by third-party developers. Prior to launching Bacon Freak back in 2007, Loosbrock sold wine both to consumers and businesses. The concept came to him while he was pairing various wines with different main courses.

"One day I was eating some pepper bacon, and the previous day I'd tasted a Syrah that was extremely peppery," Loosbrock told Yahoo. "And I thought, 'Hey, I could pair the wine with, oh, some pepper bacon bruschetta….' And people got it right away. In fact, people started saying, 'Hey, where can I get the bacon?'"

Loosbrock added that he was once called the bacon freak while he was working a wine dinner. The name struck a chord with him, so he bought the domain that same evening.

Creativity is where it's at
Food fusion is certainly not a province that is exclusive to bacon. Consumers are increasingly receptive to unorthodox pairings, evidenced both in their availability and sales data. Heinz, for example, recently rolled out a head-turning mayonnaise product that combines the commonly used creamy condiment with Cadbury Creme Egg flavoring, NBC News reported.

"It's unlike anything you've ever tasted before," Martina Davis, Heinz bran manager, told NBC's Today. "It's a true taste sensation."

At the moment, the unconventional combo is only available in the United Kingdom, but Davis added that there's nothing preventing the product from being mass produced globally should it prove palate-pleasing.

Regardless, business owners are constantly coming up with ways to think outside the box when it comes to consumer products. In doing so, they're providing much of the public with new and exciting ways to make a living. 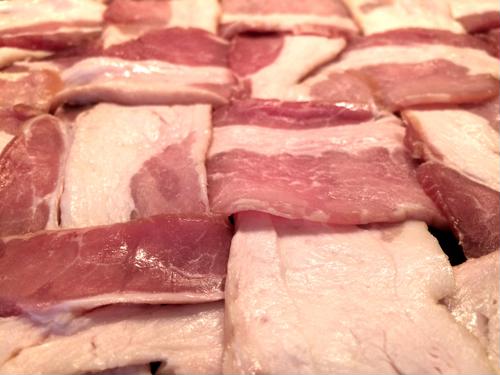