As the demand for construction in the city of Chicago continues to climb, more developers are moving in and breaking ground, reported Construction Dive.

Coining the new and somewhat surprising growth as "the great Chicago hire," the construction industry news sources analyzed the reason behind the sudden expansion. At present, Chicago has the second highest number of cranes currently in operation among U.S. cities, behind only Seattle.

According to the source, industry leaders have named manageable public transportation, young talent and a relatively low cost of living as reasons for an increase in commercial construction projects in Chicago.

Several developers and leaders in the food industry have announced plans to relocate to the city.

However, the biggest news came at the end of January when infamous Caterpillar Inc. reported that it would no longer be adding new offices to its home-base of Peoria, reported The Chicago Tribune. Instead, the company, best known for its Cat products, will open a new office in Chicago.

The move will bring 300 of the Caterpillar employees to the city, though 12,000 jobs would remain in Peoria. Citing better transportation and an enhanced pool of qualified workers, Caterpillar aims to be moved in by the end of the year. 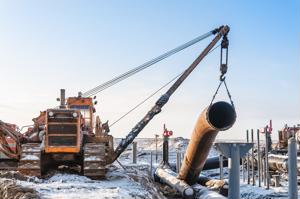