Although individual nations within the European Union have seen economic ups and downs, the bloc of nations has generally been in good shape during 2018. However, recent figures show some regression related to currency easing, which unsettled some EU government and economic leaders.

Citing data from the European Central Bank, The Associated Press reported that currency growth came in at 0.3 per cent for the second quarter, marking a 0.1 per cent decrease from the first three months of the year.

When considered alongside the various trade tensions that have arisen between the U.S. and EU – the whole bloc, rather than individual nations – any unease that has developed among stakeholders in the EU economy is understandable. Some believe the tariffs and related tensions are a major cause of the currency easing, though it’s unclear exactly how much of an effect they have.

Joe Kaiser, CEO of Frankfurt, Germany-based Siemens, elaborated on such concerns to The New York Times.

“All the noise will scare away the confidence of our customers,” Kaiser told the news provider. “Investment is about trust.”

By other metrics, the EU remains in reasonable shape. The bloc’s statistics agency, Eurostat, recently reported 0.3 per cent gross domestic product growth in the eurozone for the second quarter, representing a 2.1 per cent year-on-year increase. 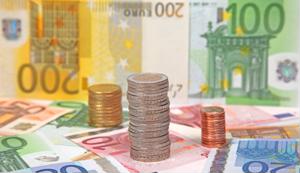