The economy of Germany remains in the same funk that fell over it during 2018's third quarter, when gross domestic product contracted for the first time in several years. Declines in revenue from its long-robust automotive industry and the overall sluggishness of industrial output emerged as the primary drivers of the slump, according to Quartz - and they, in turn, can be traced in part to fallout from the tariffs imposed by the U.S. as well as stricter carbon-emissions standards.

As unfavorable as the German economy appears, certain evidence suggests that it may not be quite the aberration it initially seemed to be, but in fact an early victim of circumstances that might soon face numerous other nations in Europe and around the globe.

In the latest edition of its World Economic Outlook, the International Money Fund stated that a macroeconomic slowdown is on the horizon for 2019 - one that will affect 70 per cent of the world. The trade tensions that started between the U.S. and China during summer 2018 and have expanded almost ceaselessly since is one driving factor, but there are many others, including natural disasters in Japan and weak consumer confidence all over Europe.

Quartz noted that President Donald Trump recently threatened to impose further tariffs on the entire EU. If these surface, it's quite possible that the German economy will get worse before it gets better. 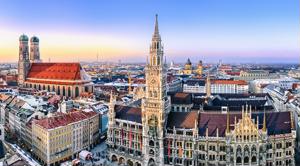