The numbers don't lie: America is growing. Indeed, based on the most recent statistics available, the amount of people now living in the U.S. totals 329.1 million, representing the third-largest country in the world or roughly 4.2% of the globe's 7.7 billion.

At the same time, though, while the country's size is swelling, it's also growing older - a reality of which the healthcare industry is keenly aware.

"More than 40% of householders are men and women in their golden years."

According to newly released analysis and computations conducted by The Wall Street Journal, more than 40% of householders are men and women in their golden years, specifically between 55 years of age and 70. That's the equivalent of roughly 15 million households.

Retirement has many perks, but due to age-related decline, growing older also results in more wellness visits. With more hospitals and healthcare facilities taking in patients, there's an added need for senior care professionals in a wide array of capacities.

1. In-home aides
Given the option, most people would much rather live at home than in a nursing home rehabilitation facility. As reported by CNBC, overall employment of in-home aides is poised to surge 41% between now and 2026. That's a jump of close to 8 million jobs.

2. Geriatric physicians
As their title implies, geriatric physicians are primary care doctors, but they specialize in treating people who are growing older or are elderly. They're charged with treating some of the basic needs seniors experience - such as high blood pressure or type II diabetes - and often serve as a go-between to connect patients with doctors in certain specialties, like cardiology or rheumatology. Geriatric physicians are in high demand as of the 139 geriatric fellowship programs available in 2018, just 25% of them were filled, Modern Healthcare reported.

3. Neurologists
The brain goes through many different permutations over one's lifetime, especially in advanced age. While scientific advancements and pharmaceutical treatments can reduce the adverse effects of symptoms like memory loss, dementia and Alzheimer's disease are on the rise, with the latter currently the sixth-leading cause of death in the U.S., according to the Alzheimer's Association. While neurologists are employed in many different healthcare capacities, a shortfall exists, one that is expected to increase exponentially over the next several years, according to the American Academy of Neurology.

Nothing is more important than one's health and as the nation grows older, the healthcare industry will need to enhance its recruiting efforts to help more people age gracefully. 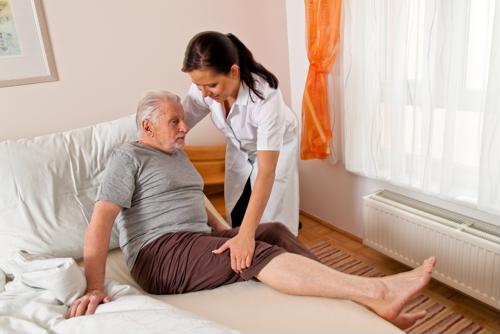