Economies throughout Latin America have begun to outpace the nations in Asia in terms of their growth, despite the latter region having stood well ahead of the pack in recent years due to the intensity of the market expansion therein. Forbes senior contributor Kenneth Rapoza wrote that analysis performed by economists from Barclays Capital provided a considerable amount of evidence for the market potential of Latin American nations including Mexico, Colombia, Brazil and Argentina.

Of those four nations, Colombia appears to be in the best shape based on Barclays' examinations, projected to see its gross domestic product grow from 3.5 to 4 percent between 2019 and the end of 2020. Brazil and Mexico could see their growth spike to 2.6 and 2 percent, respectively, by 2020's end. Argentina may have the most remarkable turnaround because it is coming out of a recession, expected to climb from the less-than-zero doldrums to 2.2 percent growth during the period examined.

Asia, meanwhile, is in reasonable shape overall but is being held back from any significant growth due to the pressures of various international trade disputes. The biggest standoff, of course, is between the U.S. and China, but the sheer size of those nations, their trade connections and their respective spheres of influence all but guarantees that nearly every other country in Asia will suffer certain adverse consequences as a result.

There remain various difficulties Latin America must face, according to the Latin American Economic Outlook prepared by the Economic Commission for Latin America and the Caribbean. These include 43 percent of the region's residents lacking internet access and 40 percent of them actively at risk of falling into poverty. 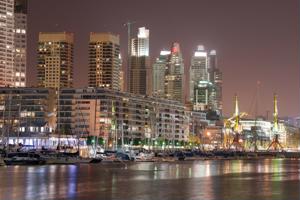