Seven weeks ago, Jair Bolsonaro assumed the presidency of Brazil, in the wake of a highly contentious four-candidate election race that followed several years of high-profile political corruption and growing apathy among the Brazilian populace at large. Despite being a political neophyte, the staunchly conservative new chief executive of the nation has quickly gone to work on realizing a number of the economic priorities that were highlights of his successful campaign.

In fulfillment of a key promise from Bolsonaro, the Brazilian Congress is deliberating a bill to reform the nation's pension system after the president introduced the proposed bill into the legislature himself Feb. 20, according to Agence France-Presse. If passed, the new law, which is largely the brainchild of Brazilian economy minister Paulo Guedes, would create a minimum retirement age for the first time in Brazil's history: 65 for men and 62 for women. Full pension payout would start after 40 years of paying into the program through tax revenue, with the availability of partial pensions beginning at the 20-year mark.

Previously, Brazilian workers could retire at any age, as long as they had contributed to the federal pension fund for at least 35 or 30 years for men and women, respectively. As of 2017, public spending on pensions accounted for 13.6 percent of the country's gross domestic product, and with Brazil expected to experience a significant uptick in its senior-citizen population over the course of the next few decades, officials across the government are concerned about further jumps in pension expenditures. Also, at 2018's end, there was a 4.3 percent deficit in the pension system, having increased considerably from its 2011 origin as a 2.1 percent deficit.

Bloomberg reported that the administration expects some pushback from Congress on the proposed legislation, and the public at large may not embrace the reform the way President Bolsonaro's base did. On the other hand, financial markets reacted quite positively to the proposition, which could help encourage renewed investment in Brazilian business. 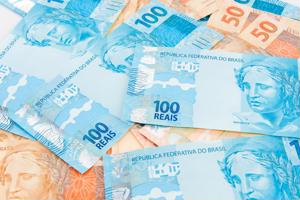