A handful of potential bright signs showed up on the horizon for the German economy in mid-March. Citing data from the ZEW survey of economic sentiment released March 19, Financial Times reported that general pessimism dropped significantly. Sentiment came in at -3.6 points for this month, which is a considerable improvement from the February figure of -13.4.

Achim Wambach, president of ZEW, explained that perception of decreased risk in Germany's economy, as well as the overall European Union, informed the improvement in economic sentiment showcased by the Mannheim, Germany-based research firm's survey.

"The possible delay in the Brexit process as well as the renewed hope for a deal on the U.K.'s withdrawal from the EU seem to have given rise to more optimism among financial market experts," Wambach stated. "Progress made in the negotiations between China and the U.S. to end the trade war ... may also have contributed."

According to Reuters, economic advisers to Germany's government still tempered their expectations for growth, lowering their 2019 expansion projection to 0.8 per cent. However, these experts also clarified that the EU's largest economy was in no danger of a recession. 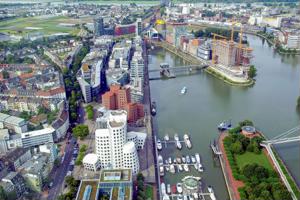