Boston startups saw a rebound in September, resuming the financing numbers posted in July, according to BostInno.com. Overall, 28 area startups raised a grand total of $418 million last month. BostInno’s survey found that startup money spread across a wide spectrum of small-scale companies, with only a few blossoming organizations raising upwards of $10 million.

The startups ranged from satellite communications services, product lifecycle management software services, cybersecurity and health care services to social media platforms designed to help blue-collar workers find jobs. One startup, Luminopia, uses virtual reality goggles to treat amblyopia, more commonly known as “lazy eye,” instead of using the current method of prolonged eye patch use. After raising $4.8 million, the Cambridge-based vision improvement business hopes to replace the eye patch with virtual reality goggles to help rectify a condition that affects 3 to 5 percent of the U.S. population. According to Boston Children’s Hospital’s Vector blog, it began testing the VR headsets on patients ranging from ages 5 to 38. The goggles blur the image that the normal eye would pick up, forcing the viewer to use their amblyopic eye. The results of the initial trials have been successful enough that they are expected to take place at several different sites this summer.

According to CompTIA’s Cyberstates 2017 report, there are 263,500 technology sector jobs in Boston, Cambridge, Newton and New Hampshire, which CompTIA lumps together as one designated area. The report showed that technology jobs made up 10.2 percent of the labor force in this region, and accounted for 14.5 percent of the area’s economic production, valued at about $57 billion.

Massachusetts was ranked fifth in tech industry employment with 300,600 total jobs, or 8.7 percent of the workforce in the Cyberstates report. California, Texas, New York, and Florida edged out the Bay State in tech employment rankings. 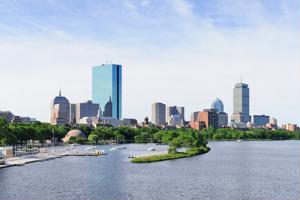