Amazon has kept itself in the news quite a bit recently, due to everything from its acquisition of Whole Foods to its series of large-scale job fairs. In keeping with the goals of the latter project, the e-commerce giant announced a call for new employees at its two Delaware distribution facilities.

According to the Philadelphia Business Journal, Amazon’s Middletown, Delaware, fulfillment facility, a massive 1.2 million square foot warehouse, is in most significant need of the hundreds of jobs the online retailer claimed it would create for the region. This continues a trend Amazon has established in the state, as it has created approximately 500 jobs for Delaware residents each year since 2014.

Delaware lawmakers praised the plan, including state Sen. Stephanie Hansen, who stated: “Anytime we’re adding jobs that come with benefits, such as health insurance, that’s good for our area and for our economy.”

If hired for jobs at either location, Amazon plans to pay employees $12 per hour, with the aforementioned healthcare and other benefits coverage available immediately.

On a broader scale, Delaware’s economy remains stable, per the most recent state and regional data released by the Bureau of Labor Statistics.

For the majority of 2017, its unemployment rate has remained within the 4 percent bubble, coming in at 4.8 percent in July 2017. 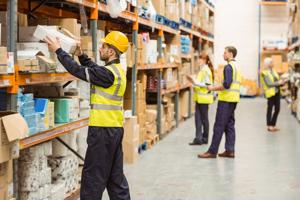