The economy of Latin America has seen some problems in years past. But it experienced notable growth in 2017, and the next few years may well feature similar progress. According to the International Monetary Fund’s 2018 World Economic Outlook, the region will see economic growth of 1.9 percent this year, with 2.6 percent growth expected for 2019.

Forecasting for Latin America’s economic progress improved from the IMF’s original estimate of 2.4 percent growth in 2019.

Furthermore, the IMF believes these improvements will benefit countries that serve as prominent trade partners with Mexico, like the U.S. and Canada. Improvements to the economies of Brazil, Argentina and Ecuador, all of which which experienced some dips in recent years due to recession and sociopolitical unrest, will also help the region as a whole.

Upticks in the prices of commodities originating throughout the region should provide further improvements and offset issues like the deflation of some Latin American currencies, including the pesos of Mexico and Argentina.

In a piece authored for the Huffington Post, Otaviano Caduto, executive director of the World Bank, cited Venezuela as one of the only truly problematic economies in Central and South America. Caduto stressed the anomalous nature of that country’s situation, which stems from conflict between the socialist government of Venezuelan President Nicolas Maduro and the conservative-leaning, largely upper-middle-class opposition party. 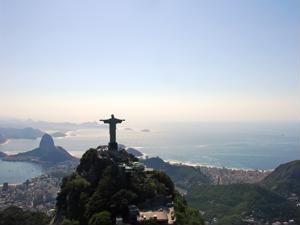