Currently, Airbus has an assembly line in the city. The partnership could lead to another location in the area. Additionally, Wayman expects the deal for the second assembly line to be complete after the second quarter of 2018. With Airbus’ expansion in Mobile, Wayman predicts other aerospace companies looking to the region for operations.

When Airbus first announced the partnership for the C Series aircraft program, the company cited an increase in production for this aircraft at Mobile and in the Quebec facility. Airbus leadership predicts growth across the business.

“Not only will this partnership secure the C Series and its industrial operations in Canada, the U.K. and China, but we also bring new jobs to the U.S.,” said Tom Enders, Airbus CEO.

Wayman noted all parties involved in the second assembly line will have to work out some regulatory matters. Overall, the growth bodes well for aerospace jobs in Mobile as the Airbus-Bombardier partnership comes to fruition. 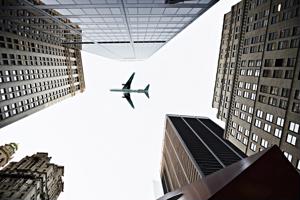