High Demand for Smart Speakers Leading to Jump in Jobs

When smartphones were first mass produced in manufacturing and distribution centers, millions of Americans said, “I gotta have that.” Fast forward to the present, and the vast majority of gadget-crazed consumers own these devices – nearly 80 percent of the country, in fact, according to the Pew Research Center.

Making a strong case for second – if they haven’t already caught up – are voice-activated assistant devices, a trend poised to foreshadow an uptick in employment and recruitment in several industries to satisfy buyer demand.

From the iPhone’s Siri to Amazon’s Alexa, voice-assistant technology is all the rage these days. In fact, approximately 95 percent of respondents in a recent poll conducted by PYMNTS.com and Visa acknowledged owning one or more of these gadgets, which can perform various functions simply by speaking to them.

The uptick in ownership has been particularly notable in recent years. For example, 27 percent of respondents in the survey said they possessed voice-activated speaker systems, up from 14 percent in 2017. Younger millennials – defined as those whose age range between 18 and 29 – are the most likely consumers to be using voice-based tech assistants, more so than so-called “bridge millennials” and early Generation Xers.

“11% of broadband households intend to purchase smart speakers within the next year.”

Smart speaker ownership to push higher
Although technologies like Siri and Alexa have been around for several years, it’s clear that the novelty factor hasn’t worn off. To the contrary, new research suggests that among households with broadband internet connections, 11 percent intend to purchase smart speakers within the next year, according to a separate study from Parks Associates.

It comes as no surprise, then, that employment in manufacturing, assembly and distribution centers has risen – a trend that’s expected to continue for the foreseeable future. This past summer, Amazon announced its plans to develop a fulfillment center in Eastern Washington, the e-commerce giant’s debut in this portion of the Evergreen State. The project is expected to add over 1,500 full-time jobs to the state’s economy.

The fulfillment center – projected to span 600,000 square feet – is necessary to keep up with buyer demand, the company stated. Employees at the facility will work in concert with Amazon Robotics to package and prepare orders for customers.

Growth in tech employment
Although consumer technology represents only a portion of what Amazon and other factory settings mass produce for buying customers, it accounts for a sizeable share of annual earnings, evidenced by quarterly sales figures. However, manufacturers and suppliers can only deliver on what tech experts develop. This may explain why employment in the tech industry has proliferated. Through the first six months of 2017, for example, tech companies accounted for nearly half of the square footage office space signings among the leading commercial leases in the U.S. and Canada, according to estimates from Cushman & Wakefield.

Revathi Greenwood, head of research at Cushman & Wakefield, said robust tech employment isn’t confined to the general sector itself, but to multiple others, including law firms, media conglomerates and most especially retailers.

What does the future look like voice-assist devices? Thanks to the ingenuity of the people that design them and the employees participating in assembly, vital signs are strong. Amazon, for one, announced added intelligent features in Alexa-enhanced Echo devices in September, including updated email management, video doorbell and step-by-step cooking instructions. 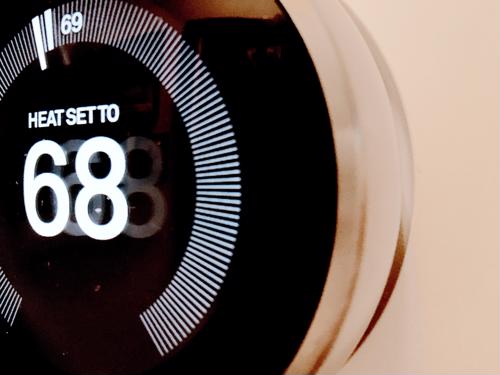