More Job Opportunities on the Horizon for Banking Employees

With online banking as popular as ever, branches aren’t as numerous as they used to be, as more people turn to mobile apps to withdraw or deposit money. However, branch locations remain far from obsolescence, with one of the nation’s largest banks “branching” out.

Earlier this year, JPMorgan Chase announced its intentions to establish 400 new Chase branches throughout the U.S., with development slated to conclude in 2023. All told, the firm has 5,130 branches located in 23 states, but it has yet to have a physical presence in several major metropolitan areas along the Northeastern corridor.

“The heart of our company is our retail branches,” Smith explained. “We are a leader in 23 states, but aren’t yet in major markets like Washington D.C., Boston, Philadelphia, and many others. Now that we are planning to expand into new markets, we will hire thousands of new employees and help consumers and small businesses in these areas.”

“3,000 jobs will be added to the respective cities’ economies.”

Of the 15 to 20 new markets Chase plans on entering, as many as 3,000 jobs will be added to the respective cities’ economies, the company projected in a press release.

Branch locations important to online users
There’s no denying the internet has revolutionized a number of industries, the financial services sector included. According to polling from Accenture Research, roughly two-thirds of Americans prefer online banking compared to more traditional banking channels like in-person tellers. However, as popular as online and mobile channels have become, a separate survey from Gallup revealed that 40 percent of account holders said their usage was contingent upon banks also having brick-and-mortar locations available to visit.

Cathy Bessant, chief operations and technology officer at Bank of America, noted at the Bloomberg Invest Conference in New York City that the notion branches are dying off is inaccurate.

“A lot of the fear that we’ve created in our workforce has been exactly that: fear we’ve created,” Bessant said. She further stated that while automated intelligence is used rather extensively, it’s primarily for more mundane purposes, which allows employees to be put to better use.

“As long as we are smart and aggressive and thoughtful about workforce transformation, and are ahead of the changes in our workforce, it’s our belief that there’s not some concept of job decimation that has to happen as a result of robotics,” Bessant added.

Just 13 percent worry about AI replacing them
For the most part, workers are confident their jobs aren’t on the line as a result of the rise in automation. In a survey done last year at this time, only 13 percent of respondents said they were fearful about high-tech methods replacing them.

To the contrary, some studies suggest AI will lead to greater levels of employment. Between 2018 and 2022, companies that invest in AI and human-machine collaboration could see work-related opportunities swell by 10 percent, according to a separate analysis conducted by Accenture Research. In the financial services sector in particular, employment may increase 9 percent over the period.

Bottom line? Banks and financial institutions are adapting to the instant information era, and in doing so, providing more opportunities for work along the way. 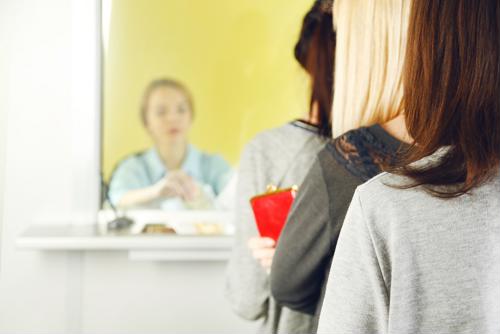