Florida has shown strong job growth throughout the past calendar year, standing out as one of the best examples of recovery from the Great Recession of the U.S. that only ended a few years ago. Based on recent reporting, the restaurant sector – and, in particular, the portion of it comprised of fast-food franchises – made up a considerable amount of that expansion, and the trend thus far has no clear signs of coming to a halt.

According to the Orlando Sentinel, the Orlando metropolitan area and central Florida in general can credit restaurants for creating 30,000 jobs since 2012, which shakes out to 1 in 8 of all jobs added during the past five years. While the culinary field has experienced growth throughout most of the U.S. of late, the Sunshine State stands miles ahead of other parts of the country by this metric. In Orlando alone, restaurant workers constitute 9 percent of the city’s overall workforce.

Joshua Wright, a representative of data analysis firm EMSI, pointed out that even in metropolitan areas that may be home to certain economic difficulties, this sector always thrives.

“In general, the cities with the most restaurant growth are the ones with less economic diversification,” Wright said in an interview with the Sentinel. “There’s only a handful of cities [throughout the U.S.] that have seen restaurant jobs decrease.”

On a broader scale, Florida’s workforce expansion outstrips that of nearly every other state in the country. Sunshine State News reported that Florida job growth during the past 12 months was beaten only by Nevada and Utah, in that order, leading to a 10-year low unemployment rate of 3.9 percent – notably less than the national average.

Florida Governor Rick Scott spoke with great positivity and candor about the state’s successes in the employment arena in a statement earlier this August.

“I am proud that Florida continues to lead the nation’s largest states in job growth, which is sending a message across the country that our state is the best place for businesses to grow and for families to find great jobs,” Scott said, according to Sunshine State News. “Florida’s job growth has also outpaced the nation’s for nearly five and a half years, and we are leading the country in a variety of industries, proving that our efforts to diversify the economy are helping to create new opportunities every day.” 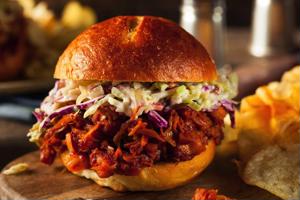