What Tech Manufacturers Are Doing to Counter Cancer Claims

You don’t need to be in the device manufacturing industry to know that smartphones are ubiquitous. All you have to do is look around. A whopping 77 percent of Americans own one, according to the Pew Research Center and virtually everyone – 95 percent – has a cellphone that is internet-enabled. The frenzied pace of these handheld device has led to job creation in several technological production respects, from research and development to assembly to supply chain management.

What’s the next big thing? By the looks of it, Bluetooth earphones. From Apple AirPods to Bose Noise-Masking Sleepbuds, Bluetooth earphones are becoming as commonplace as wireless devices themselves, worn as shoppers comb grocery store aisles or exercise on treadmills, rowing and elliptical machines.

Yet could these very same pocket-sized smartphone accessories be a potential health risk? A recent report suggests as much, a claim that has manufacturers relying on healthcare professionals and their communication departments to help set the record straight and calm consumer fears.

In a letter signed by approximately 250 scientists and submitted to the United Nations as well as the World Health Organization, the correspondence called attention to Bluetooth earbuds and their potential linkage to cancer diagnoses among those who use the wireless listening devices regularly.

Wireless devices may produce harmful levels of radiation
The culprit, according to the scientists that signed on, is non-ionizing electromagnetic fields (EMF). Citing peer-reviewed research, the letter noted EMF-generating devices emit large amounts of radiation, which can increase the production of free radicals and thus cancer risk.

“These findings justify our appeal to the United Nations, and all member states in the world, to encourage the World Health Organization to exert strong leadership in fostering the development of more protective EMF guidelines, encouraging precautionary measures, and educating the public about health risks, particularly risk to children and fetal development,” the statement read. “By not taking action, the WHO is failing to fulfill its role as the preeminent international public health agency.”

“Some scientists say enough evidence is there to warrant alarm.”

Joel Moskowitz, director of UC Berkeley’s Center for Family and Community Health at the School of Public Health, shares many scientists’ concerns, noting that enough evidence is there to warrant alarm.

“We can’t say with certainty that these devices are dangerous, but based on the research that has been done on similar types of radiation, there’s good reason to think this is going to be problematic in the long term,” Moskowitz said.

Some scientists say otherwise
While the linkage between wireless devices and cancer risk is not new, the growing number of these claims has manufacturers mounting a defense. In fact, some within the healthcare community are speaking on their behalves, often unprompted.

Kenneth Foster, a bioengineering professor at the University of Pennsylvania, told California Magazine that low amounts of radiation emission is fairly commonplace and there’s little to suggest that AirPods and the like produce it at dangerous levels.

“The health agencies that have evaluated this simply haven’t found any problems at exposure levels that were even higher than Bluetooth,” Foster noted. “If someone is concerned for any reason, good or bad, they should take precautions, but I don’t think the evidence is strong enough for a health expert to stand up and say we should be cautious.”

Apple has reaffirmed its position that with every product it rolls out, it always ensures they’re “designed and tested to meet or exceed all safety requirements.” Due diligence, on the part of tech developers, requires the ongoing cooperation with other industries to call out potential red flags. These product-testing positions, which are increasingly in demand given the influx of “buyer beware” studies and claims, require careful attention to detail, objectivity and critical thinking skills.

As wireless and handheld devices continue to proliferate, so too will claims that these technologies can cause long-term adverse health effects. As a result, manufacturers may partner with experts within the healthcare or consumer research community to rebuff these statements by reviewing the research, turning to independent third-parties to run testing and enhancing their public relations departments. These efforts could create job opportunities in multiple sectors along the way. 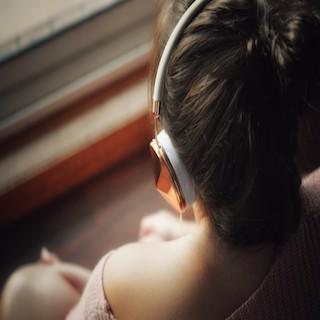