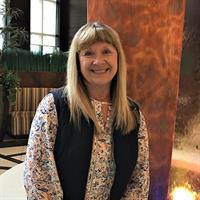 View Office Profile
I’ve been with Management Recruiters of Fayetteville since 2001 and during that time I have achieved the Pacesetter distinction for fifteen years, recognized as being in the top 20% of recruiting professionals in both domestic and international offices. In October, 2005 I reached $1 million dollars in career billing and cash-in in just over four years’ time which has been a goal of mine since I joined the MRINetwork. My current career billings are $4.4 million and I have also been an office billings leader numerous times. Prior to Management Recruiters I was with a company that sponsored professional career fairs all over the country. I coordinated, hosted, and sold the program to clients in major cities across the US as well as traveled to all major sites to organize the events. During this time I was in the top three of our 30+ employee office for five years straight and was awarded “Coordinator of the Year” twice. My background in sales has helped me to be successful and I continue to grow and develop with our ever changing market.
IT TAKES A NETWORK TO BUILD A BUSINESS
Engage with us online
Facebook Twitter LinkedIn Instagram
Contact Us