Insurers Say Growth Will Stay Around at Least Until 2021

As numerous industries experience the fruits of a vibrant economy, there’s some question as to how long the good times will last, given the natural fluctuations that economies of all shapes and sizes tend to go through. However, the heads of the financial services sector – insurers, in particular – are confident that expansion will continue for the foreseeable future, based on the results of a newly released poll.

“95% of insurance CEOs are confident about the industry’s continued growth.”

Ninety-five percent of insurance executives said they expect to keep on growing through 2021, at a minimum, according to a recent survey conducted by KPMG. Their confidence is grounded in several respects, among them the implementation of new technologies that help deliver a superior, more customized product for customers, as well as an uptick in mergers and acquisitions, which provide a greater amount of employment opportunities for both new and veteran insurance professionals.

Ed Chanda, insurance sector leader at KPMG, noted that executives are clearly of the mind that the fundamentals of the economy are on solid footing.

“CEOs are confident in the economy and therefore bullish about their prospects for growth, focusing on core businesses and key markets,” Chanda explained. “However, real growth will come as insurers take advantage of new technology, M&A and alliances to transform the way they do business and enhance the customer experience.”

Technology improves engagement with customers
Insurers don’t simply feel that state-of-the-art technologies are nice to have – they believe they’re indispensable aspects of doing business in today’s real-time, instantaneous information environment. Indeed, according to a separate poll done earlier this year by Accenture, 85 percent of executives who responded to the survey acknowledged the importance of using technology to better engage with customers and employees.

That being said, hi-tech isn’t uniformly viewed as a net positive, with some contending – both in the insurance sector and in other industries – that it could lead to unintended consequences, such as an impersonalized services model delivered to customers or reduced employment resulting from over-reliance on robotics and artificial intelligence.

Insurance CEOs aren’t of this belief, however. To the contrary, 95 percent of respondents in the KPMG survey viewed tech disruption as more of a help than a hindrance and 85 percent said they were confident in being able to successfully lead their organizations through the tech transformation, coming out on the other side stronger.

Chanda said that part of this confidence is an understanding that technology isn’t a silver bullet. In other words, while it’s increasingly necessary, it’s not sufficient.

“Automating processes and using data and analytics to understand customer needs and build personalized products and services is not enough,” Chanda stated. “Insurers need to ensure that the right technologies are implemented across the entire organization in order to derive the agility and efficiencies that make customized services possible.”

9 in 10 point to customer data security as top concern
At the same time, insurers in the poll acknowledged that the customization element that these technologies provide can be abused when personal information gets into the wrong hands. This may explain why 93 percent said protecting their customers’ data was among their top priorities, of which they took quite seriously. Additionally, nearly 3 in 4 said they were well positioned to fend off cyberattacks, presumably hatched by independent or organizational hackers.

Not only did respondents overwhelmingly view increased digitization as a resource to better deliver for customers, they were similarly sanguine on how it would improve their workforce. Specifically, two-thirds of participants in the KPMG survey believed AI would create more jobs than it eliminated. Chanda mentioned robotics and automation help insurers evaluate outcomes, identify problems and come up with solutions.

In a separate Accenture study, greater investment in AI and human-machine collaboration may help strengthen revenues by as much as 38 percent come 2022 among all industries and by 32 percent for the financial services sector in particular. 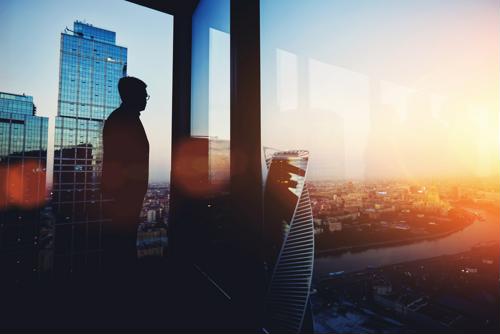