Within the next decade, employment within the petroleum engineering industry is forecast to increase by 15 percent, according to the U.S. Bureau of Labor Statistics. Between last year and 2026, it is expected that 4,900 new workers will enter the field. This growth rate outpaces that of all other occupations across the country.

A rising field of study
Although the industry is growing, the undergraduate programs offering training in the field are only just beginning to gain prevalence in college classrooms. According to the Montana Standard, Montana Tech implemented a Management of Natural Resources program that prepares students for a career in petroleum engineering, among other things, just last year.

With the growth of hydraulic fracturing and increased production of oil and gas, Tim Kober, professor of business at Montana Tech and head of the Department of Business and Information Technology, told the Montana Standard that he recognized the growing need for petroleum engineers throughout the nation. With help from the American Association of Professional Landmen and a former student now working as a petroleum landman herself, Montana Tech worked to develop a curriculum catered toward the industry.

The program encompasses studies in business, natural resource law, accounting and other relevant subjects. Recent graduates of the program, Frank Ravarino and Rial Gunlikson, told the newspaper they were eager to enter the job market with strong employment prospects.

Today, there are 12 undergraduate energy management and petroleum land management programs accredited by the AAPL preparing students for a lucrative career in the field. As organization director of education and member services, Christopher Halaszynski, told the source, he is optimistic about the industry’s future.

“Promising in the years to come, with all the technological advances and efficiencies brought about in recent years,” he said when asked about the industry’s job outlook. “However, this energy sector, and more specifically the oil and gas industry, is cyclical like any other industry.”

Competitive salaries
For the second year in a row, a college degree in petroleum engineering ranks No. 1 among majors with the fastest-growing salaries of 2017, according to Forbes staff writer Jeff Kauflin. Reporting on data from PayScale, Kauflin noted that 489 degrees among 2 million college students were evaluated. Those who enter the field of designing oil and gas extracting equipment are expected to make an average of $94,600 within the first five years and up to $175,500 within a decade.

The data included base salary, commission and bonuses but did not take into account retirement benefits or stock-based compensation. Not only are these salaries competitive, they topped the No. 2 spot by nearly $40,000. According to the BLS, the median annual salary in 2016 in the petroleum engineering field was $128,230. This breaks down to an hourly rate of $61.65.

As the BLS noted, oil prices are a determinant of job growth within the field. When prices are up, companies are more likely to make investments in new and existing facilities. 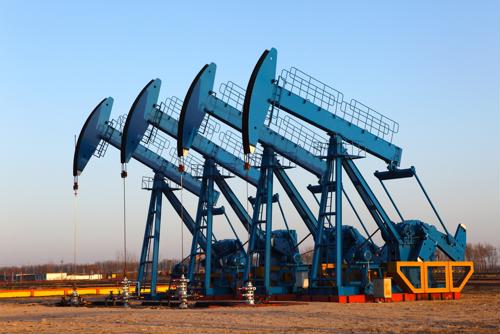