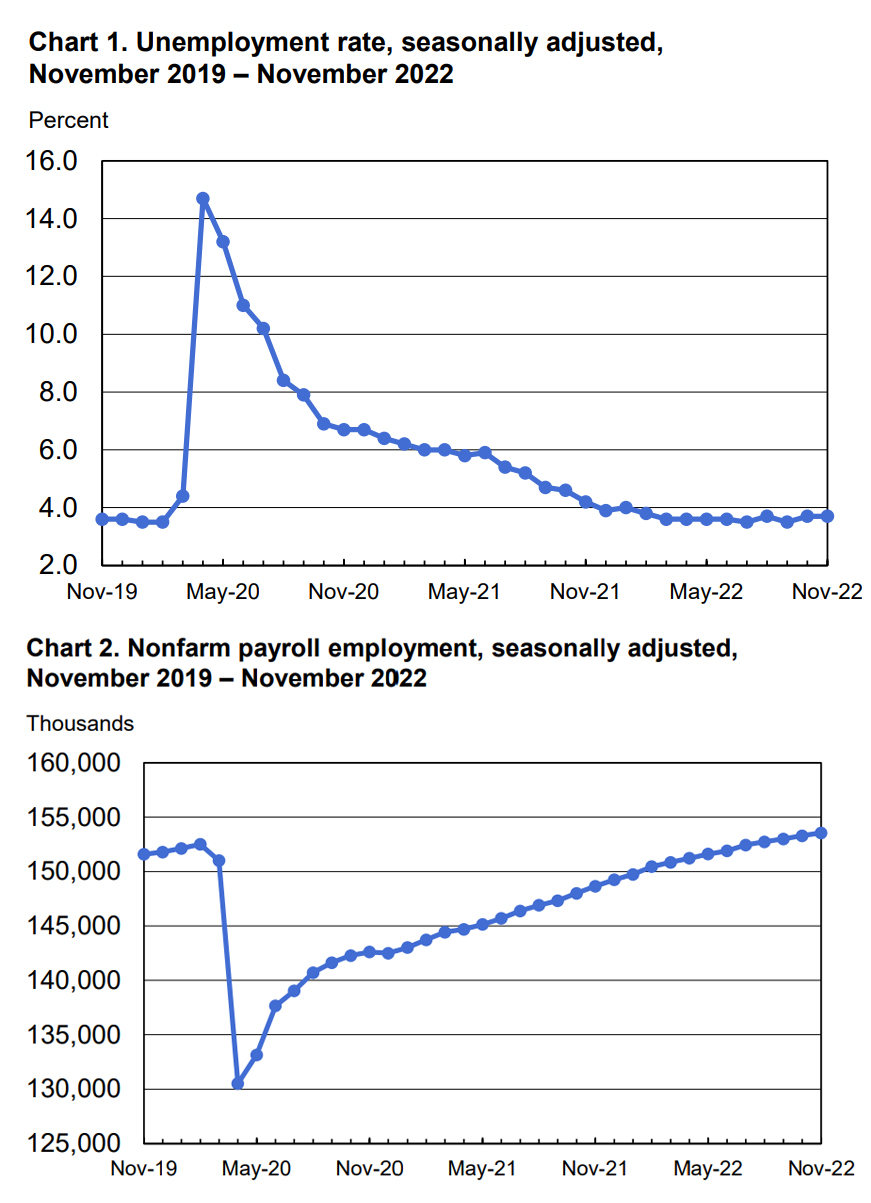 Among the civilian workforce with a bachelor’s degree and higher (the primary target of MRINetwork’s recruitment efforts) unemployment continued in what can best be described as full employment at 2.0 percent.

With a global Network of over 250 executive recruitment offices, MRINetwork professionals connect leading organizations, from start-ups to multi-national firms, with top talent to drive business growth. Our Network leaders monitor this valuable data monthly and are pleased to provide a summary of this morning’s BLS data with top-line commentary from leading financial experts.

One big question is how long that strength can last as the Federal Reserve aggressively raises interest rates to tame inflation. Some companies in technology, entertainment and real estate are laying off workers, but demand for workers continues to outpace the number of unemployed people looking for work.”

Despite economic headwinds, demand for highly skilled transformative talent is expected to continue. MRINetwork offices in Europe and Asia as well as the U.S. see demand for talent aligning with data from Germany’s Ifo Economic Institute. “Companies in Germany, Europe’s largest economy, are looking to hire more staff, with a particular rise in demand in the service sector, the Ifo economic institute said on Thursday. Ifo said its employment barometer rose to 99.6 points in November from 97.8 points in October. ‘Against the backdrop of decreasing uncertainty, the number of employees in Germany could continue to rise. However, the shortage of skilled workers will remain a lasting problem,’ it added.”

Employment in the “other services” industry rose by 24,000 and construction employment continued to trend up in November (+20,000), with nonresidential building adding 8,000 jobs.

Manufacturing and financial activities employment continued to trend up in November both up +14,000.

Employment in professional and business services was relatively flat in November, increasing by 6,000 jobs. On the downside, retail trade employment declined by 30,000 in November, driven primarily by losses in general merchandise stores (-32,000). Similar declines were seen in transportation and warehousing where jobs declined by 15,000.

Jeff Cox, a reporter for CNBC provided a possible view of the BLS numbers by the Federal Reserve, “The numbers likely will do little to slow a Fed that has been raising interest rates steadily this year to bring down inflation still running near its highest level in more than 40 years. In another blow to the Fed’s anti-inflation efforts, average hourly earnings jumped 0.6% for the month, double the Dow Jones estimate. Wages were up 5.1% on a year-over-year basis, also well above the 4.6% expectation.”