Oil and gas industry to see promising job market through 2035

In the years ahead there will be a growing need for employees across the oil and natural gas industry.

According to Black Press USA, American Petroleum Institute president and CEO Jack Gerard has said that within the decade, nearly half of the industry workforce will retire. He sees this as an ample opportunity to recruit prospective workers.

At a recent panel discussion hosted by the API and the Joint Center for Political and Economic Studies, Gerard emphasized the career paths presented by the oil and natural gas fields that often go unconsidered.

The impact of the industry is so far reaching, contributing to everything from floor rug fibers to smartphone parts, that it makes individuals with careers in science, technology engineering and mathematics ideal candidates for these in-demand roles.

“We have to make our industry more relevant in those conversations, so that rising generations realize that there are vast opportunities up and down the continuum,” said Gerard. “So, we don’t scare them with the STEM conversation, but we teach them that everything that they do is grounded in this industry and the opportunity within that space is very significant.”

According to a 2016 IHS Global report, over the next 18 years, oil and natural gas and petrochemical industries will see close to 1.9 million job opportunities open up. What is more, most of these positions will be filled by minorities and females.

“Through 2035, nearly 1.9 million job opportunities will arise in the industry.”

The report forecasts that 290,000 jobs will be filled by women, with half of those roles being in professional and management positions. Hispanic and African American employees are projected to occupy just over 700,000 of the new positions.

“The oil and natural gas industry pays wages significantly higher than the national average and can provide tremendous career opportunities for women and minorities,” said Gerard. “These careers can help shrink the income inequality gap without spending a dime of taxpayer money.”

These projections hold true to another report, the DNV GL’s Energy Transition Outlook, which analyzed the transition of energy through the next several decades. On a global scale, it concludes that oil and gas will be a key part of the near future of energy. It is expected that many large oil companies will boost gas shares within their reserves.

Due to modifications in energy efficiency, the international demand for energy will plateau by 2030 and then slowly decline, according to DNV GL. At present, fossil fuels account for 81 percent of the key global energy mix. By 2050, that figure will drop to 52 percent.

As early as 2025, nearly 1.3 million of the 1.9 million projected jobs in the oil and gas industry will be available, according to the IHS report. 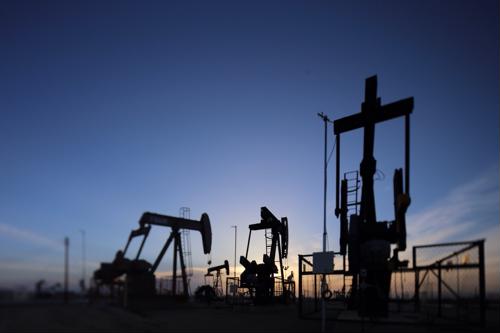