The vacancy rates among city apartments and luxury real estate have continued to grow in recent years.

Over the year-and-a-half time frame, the vacancy rates fell by a total of 18 percent.

This is partially fueled by developers who continue pouring money into downtown housing projects, instead of those in the outer suburbs.

Though the growth led to an initial boom in luxury real estate, developers can no longer build affordable housing due to the increase in construction costs.

The issue of increasing vacancies is now coming from this oversupply of luxury residence buildings, reported Income Investors. Several years back, builders were eager to build in U.S. cities that were seeing an influx of millennials.

Since 1960, the percentage of young adults living with roommates has fallen from 62 percent to 31.6 percent just two years ago. According to the source, 32 percent of millennials are now living with their parents.

Soon enough however, the costs of these luxury buildings is likely to trend downward and developers may be persuaded to ease the construction of more buildings, noted Fortune. 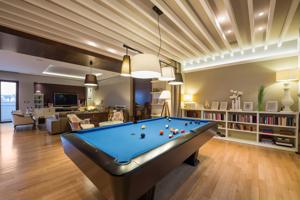