For the first time in three years, a role in healthcare did not take the No. 1 spot in the annual best jobs report complied by U.S. News & World Report.

Instead, the acclaim went to the technology industry. Drawing on data for pay, career potential, work-life balance and additional factors that contribute to a good job, the source ranked software developer as the overall top job for 2018. In addition to gaining recognition as the best job across all industries, software developer also earned the top spot among the publication’s best technology jobs, best STEM jobs and 100 best jobs lists.

Increased demand for the future
Software developers are the masterminds behind nearly every piece of technology, app and program we rely on each and every day. As U.S. News & World Report explained, in addition to their mastery of coding, individuals in this field must also possess skills in creativity, analytics and problem-solving.

“Technology is the backbone of many of our jobs across the board this year,” said Kim Castro, executive editor at U.S. News & World Report. “Nearly every type of company is looking for people who can analyze and interpret data to solve problems. This technological boom is creating new opportunities for statisticians, engineers and software developers – these workers are developing the algorithms that are rapidly changing the global job market.”

Data from the U.S. Bureau of Labor Statistics indicated that in 2016, software developers were earning an annual average of $102,280. The outlook for anticipated growth in the sector through 2026 is 24 percent, a demand directly correlated to the growing need for computer software. As a result, 253,400 software developer positions are projected to be created over the course of the next eight years, noted USN.

The spread of software developers
As Castro emphasized above, the job market is in fact evolving as a result of software developers, according to the Tech Times. Nearly every industry across the board enlists the help of technology in one capacity or another. While software developers are right up there in demand with IT managers and information security analysts at nearly all leading tech companies including Tesla, Apple and Google, it doesn’t stop there.

One such company making moves across industries is BlackBerry Ltd. With the continued rise of advanced software and technology in vehicles also comes the increased risk of hackers breaking into driving systems as well. As a result, BlackBerry is moving into the cyber security and auto industries with a program called Jarvis, reported TechRepublic. The cloud-based system can automatically scan through code to detect any faults or weakness that could impact car or driver.

As more systems like Jarvis come to fruition, the need for software developers will only increase. In fact, though it aims to tackle strictly the auto industry first, Jarvis could move into more sectors such as aerospace, defense and healthcare over time, BlackBerry CEO John Chen told the source.

As technology continues to disrupt the world of cars and trucks, more software developers are needed to create and develop innovative features beyond driver override systems and keyless start and entry. In fact, the auto industry is battling with Silicon Valley for the top talent in tech, Charlie Chesborough, senior economist at Cox Automotive, told The Detroit Free Press. No longer are software developers glued to a streamlined career in a niche sector: The future career outlook is rich with diverse opportunity. 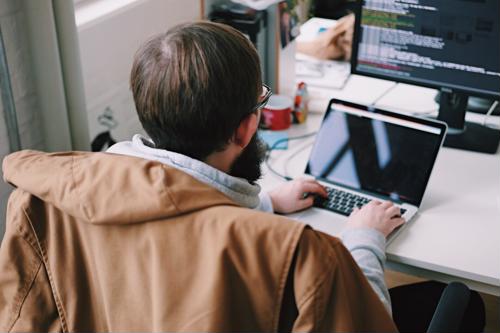